by admin
in Entertainment, National
0 0
0 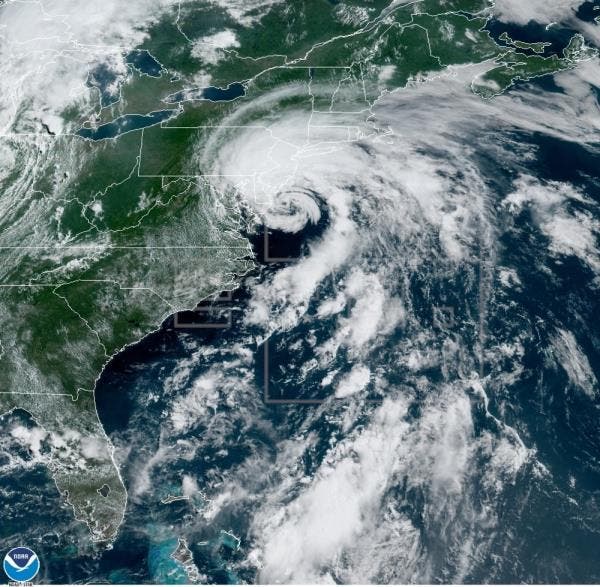 Miami.- Tropical storm Fay, which formed in the Atlantic Ocean this Thursday and is located about 85 kilometers (55 miles) southeast of Ocean City (Maryland), will hit the continental United States this Friday or Saturday by the morning.

According to a newsletter from the US National Hurricane Center (CNH), Fay moved north after forming east of Cape Hatteras, North Carolina, and tropical storm warnings have been extended to southern Delaware Bay.

The storm’s maximum winds reach 55 miles per hour (85 km / h) as it continues to move north at 10 miles per hour (17 km / h), although speed is expected to increase over the next few days.

Since the storm formed the winds have increased in intensity although they will weaken once they touch the ground.

NHC forecasters forecast heavy precipitation with maximum accumulations of up to seven inches (17 centimeters) that can lead to flooding in coastal locations in Maryland, Delaware, New Jersey, and eastern Pennsylvania.

In addition, NHC warns of the possibility of isolated tornadoes in areas of New Jersey, southeastern New York, or southern New England. Tropical Storm Fay is the sixth storm this year to have formed in the Atlantic Basin so far this year.

Experts forecast cyclonic activity “above normal” for the season. Arthur, Bertha, Christopher, Dolly and Edouard have been the five previous storms and the first two were formed in May before the official start of the season, which runs from June 1 to the end of November.

According to meteorologists, this year there will be 13 to 19 named tropical storms (with winds of 65 kilometers per hour), of which 6 to 10 could become hurricanes, with winds of 119 km / h).

Of these hurricanes, 3 to 6 could become greater, that is, with maximum sustained winds of 178 km / h or more.

Despite this, in recent weeks there has been a certain tranquility in the tropics of the Atlantic basin, a situation that several experts attribute to the dust of the Sahara that continues to be present in the area and which is the largest mass of dust ever previously registered arriving in the United States.

Interior and Police deny permission to march in Puerto Plata