by admin
in Entertainment
0 0
0 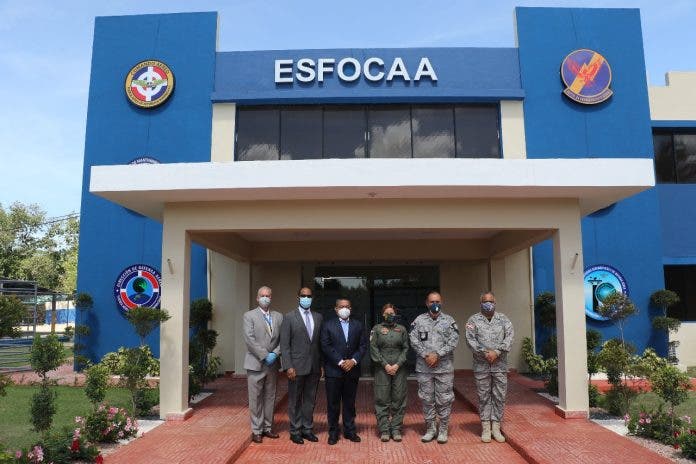 SANTO DOMINGO.- The direction of Education, Training and Military Training of the Dominican Republic Air Force (FARD) graduated 323 students this Friday in different areas of knowledge.

During the activity, led by the FARD commander, Major General Richard Vázquez Jiménez and Major General Luis Napoleón Payan Diaz, Deputy Minister of Defense, the Graduate School of the Staff Course (AGCEMA) awarded diplomas to 20 students, the School of Aeronautical Training and Training (ESFOCAA) graduated 74, while the School of Military Training, Development and Training (Esfodecam) graduated 2929, for a total of 323 trained military personnel.

The graduates received titles corresponding to the courses of Commander of the Squadron and Auxiliary of the 33rd Air General Staff. Promotion, total training courses for Captain of ship A-29 B “Super Tucano”, Pilot Aviator Course “Rotary Wings”, general aircraft maintenance course, aeronautical medical course, among others.

After the investiture ceremony, Vázquez Jiménez left works inaugurated at the Frank Feliz Miranda General Air Pilot Academy, in addition to the new building that will house the Aeronautical Training and Training School (ESFOCAA) at San Isidro Air Base.

ESFOCAA is a directorate belonging to the Education, Training and Training Directorate of the Dominican Republic Air Force (DECEFARD), which is made up of three departments that are responsible for providing training to civilians and the military: the Air Training Department , the Department of Technical Training and the Department of Air Defense Training. Its main objective is to concentrate and govern the different training schools that make up the aeronautical branch, as well as to establish an educational structure that allows the members of the institution and the civilians who choose this training, to acquire the necessary knowledge that allows them to perform. In the area.

In addition to these works, the commander of the Air Force inaugurated a Semi-Olympic Pool, the Commemorative Square, the Perimeter Gate, the remodeling of the Auditorium, and the Reception of the Academy all aimed at improving the operation of the academic institution.

In the same way, Vázques Jiménez ordered the removal of the Auditorium from the academy, with a capacity to receive 186 people, and in it they can attend educational activities such as talks, conferences, workshops, among others.

The remodeling basically contemplated an internal redistribution, creating an access lobby, a sound area and the events room itself.

Milagros Ortiz Bosch will be director of Government Ethics

Exclusive: The Man Behind Meghan McCain and Wicked Temple Speaks