Several tankers gave up doing business with the Nicolás Maduro dictatorship after Washington warned that it will punish those who export Venezuelan oil with economic measures.

At least two tankers that were sailing to Venezuela to load crude oil in their ports have been returned since the weekend and three other vessels have moved away from Venezuelan waters. while the United States studies sanctioning dozens of oil tankers, according to the agency Reuters from shipping data and industry sources.

Washington is considering imposing sanctions on ships that have exported Venezuelan oil, US officials revealed to Reuters last week, the latest move by the Donald Trump government to remove what it regards as a lifesaver for dictator Nicolás Maduro.

Previous rounds of sanctions have brought Venezuelan oil exports to their lowest level in 17 years, but Maduro remains in command of the country.

The Maltese-flagged Seadancer, operated by Greek firm Thenamaris Ships Management and chartered by Tipco Asphalt of Thailand, returned to Gibraltar after waiting a week in the Atlantic, according to boat monitoring data from Refinitiv Eikon. 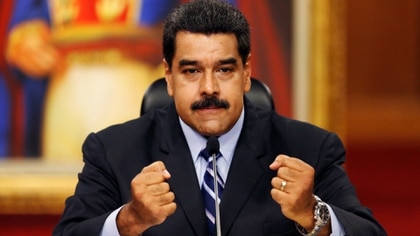 Tipco Asphalt told Reuters on Tuesday that the company suspended its plan to use the tanker.

The Seadancer was en route to a transshipment area near the Venezuelan Amuay refinery on the country’s west coast, to load around a million barrels of Boscán crude to the Malaysian Kemaman refinery, operated by Tipco, according to Eikon and PDVSA export schedules.

Tipco has a long-term crude supply contract with PDVSA that has not been affected by the sanctions.

A second Maltese-flagged tanker expected in Venezuela, the Novo, made a U-turn this week in the Caribbean Sea before turning off its satellite signal. The vessel was scheduled to transport one million barrels of Hamaca crude this month to Singapore. 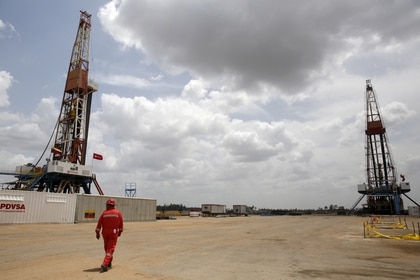 Some shipping operators have begun diverting tankers that were going to Venezuela to avoid the risk of incurring sanctions that would make it more difficult for other customers to hire these boats.

PDVSA and Venezuela’s oil ministry did not respond to requests for information, as did Thenamaris and Dynacom Tankers.

As word spread about the possibility of more Venezuela-related maritime sanctions, at least three other major oil carriers (VLCC) – Boston, Commodore and Respect – emerged from Venezuelan waters during the end of week to anchor in the Eastern Caribbean, data from Refinitiv Eikon showed.

Director of the SNS announces new measures in favor of doctors

Ringo Starr organized a virtual event for his 80 years

With drama and humor, Raymond and Miguel’s life will be taken to the cinema