OAS points out flaws in the Dominican electoral process in report 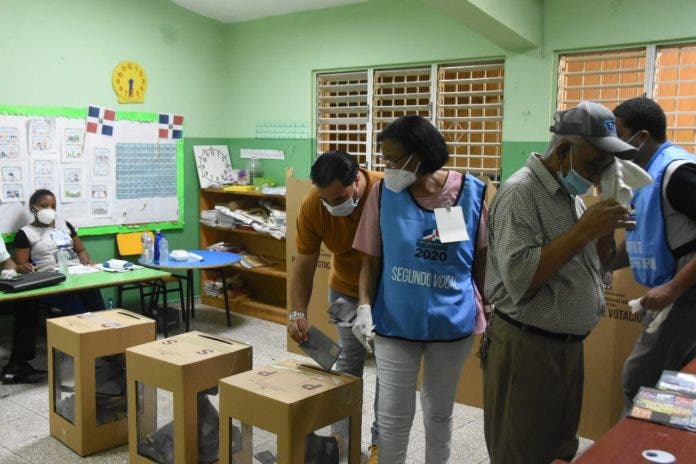 Santo Domingo.- The observation mission of the Organization of American States (OAS) published this Friday its preliminary report on the elections held on July 5 in the Dominican Republic, in which it noted a series of failures and made 47 recommendations.

The report includes irregularities, among which the purchase of votes at the doors of the voting centers stands out; He regrets the problems in voting abroad and criticizes the Central Electoral Board (JCE) for its “inaction” on electoral crimes.

It also stresses that many members of the electoral colleges were not well trained, so that “confusion” was observed in the counting of votes, which has not concluded to date at the level of the Chamber of Deputies.

Opposition leader Luis Abinader won the presidential elections and will assume the head of state on August 16.

The OAS mission, led by former Chilean President Eduardo Frei, stresses that, “in general, the vote was conducted in an orderly and calm manner.”

However, it is worth noting that the OAS observers verified the purchase of votes in the vicinity of the electoral precincts by various political forces.

This is a “constant practice” in Dominican electoral processes, which in the opinion of the OAS mission “not only constitutes an electoral crime”, “but undermines the free exercise of suffrage and undermines the confidence of voters throughout the electoral system”.

The mission was especially critical of the JCE’s inaction to curb electoral crimes during the electoral campaign, especially, to prevent the candidates “the massive distribution of gifts” to the population with the excuse of the pandemic, expenses that “rather they could be classified as expressly prohibited behavior ».

“The lack of action by the authorities in this matter, as well as in the face of multiple complaints of the use of public resources for electoral purposes, reinforces the need to give electoral criminal prosecution greater tools to enforce the catalog of prohibitions contemplated by legislation », Indicates the report.

Likewise, the report shows its concern about last-minute changes in the rules on the number of accredited delegates in each electoral college, as well as in the norm applied to people who were in line at the end of the day.

“In matters of democracy and electoral institutions, last-minute changes are not good,” says the report.

Regarding voting abroad, the OAS regrets that many Dominicans who are constitutionally and legally entitled to vote were unable to do so due to the pandemic, especially in Argentina, Canada, Chile, French Guyana and Panama.

Although voters residing in several of those countries were assigned to the electoral roll of neighboring countries, they were unable to vote because of travel restrictions or because of the economic cost, the report said.

Likewise, the OAS mission verified that the JCE does not have a formal software development process, among other weaknesses in its information system.