In past elections, few celebrities managed to garner voter support 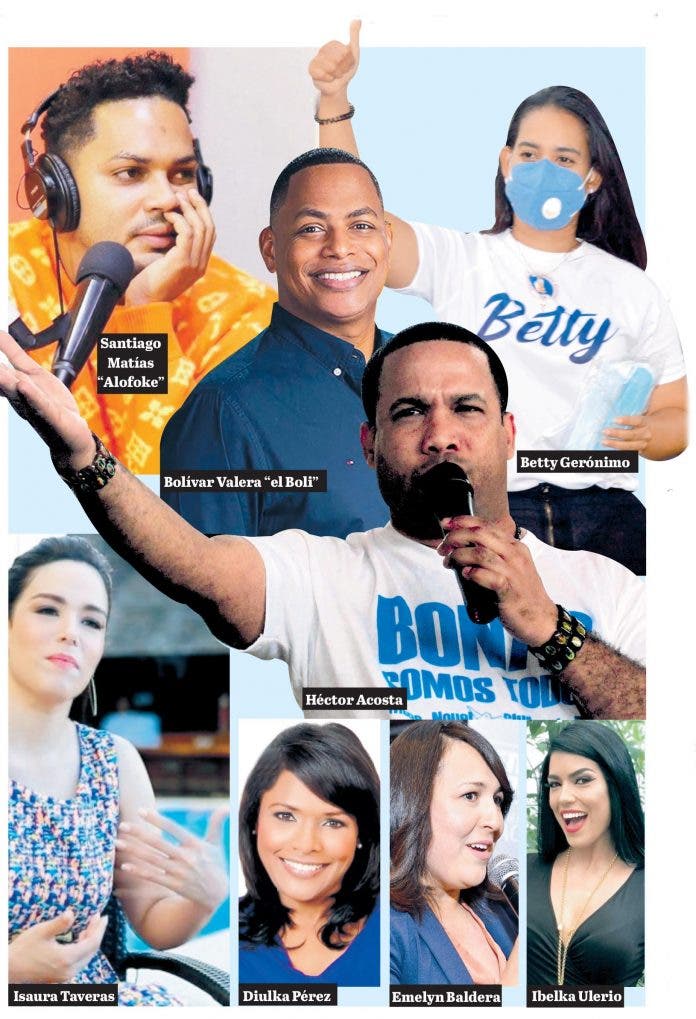 SANTO DOMINGO.- In the past electoral process, politics took a significant turn with the incursion of new social actors, as a mechanism for political parties to attract the lost charm.

Singers, communicators, journalists and influencers joined the electoral contest in search of displacing traditional political actors from their spaces.

However, the fact that they are famous for their artistic activities, in the media or for the number of followers on social networks did not guarantee that it would translate into electoral support.

This was demonstrated in the Sunday elections, in which a large number of figures linked to the media appeared, resulting in only three elected, among them the singer-songwriter Héctor Acosta, the “Torito”, as senator of the province Monseñor Nouel by the Modern Revolutionary Party (PRM).

Acosta, who obtained 64 percent of the votes cast, displaced outgoing congressman Félix Nova, who for three consecutive terms held that position and was looking for a fourth opportunity.

Others who were winners are the influencer Bolívar Velera “el Boli”, and the ex-dancer of the late television program “Divertido con Jochy” Betty Gerónimo, who are the new deputies for Santo Domingo Este and Norte for the Dominican Liberation Party and PRM , respectively.

According to the preliminary results issued by the Central Electoral Board (JCE), Gerónimo is so far the most voted candidate for deputy in constituency six of the Santo Domingo province.

The renowned journalists Diulka Pérez and Emely Baldera made a commitment to enter politics, aspiring to a seat in the Chamber of Deputies for Circumscription 1 of the National District, however, they did not achieve their objectives.

Others who were defeated in their aspirations for deputies in the past process were the communicators Graymer Méndez and Najib Chahede, who aspired for the PLD. Television presenters Ibelka Ulerio, for the Institutional Democratic Party, Isaura Taveras and Leila Mejía for the Dominican Revolutionary Party.

Characters linked to entertainment, journalism, sports and communication joined the presidential project of the candidate of the Dominican Liberation Party (PLD), Gonzalo Castillo, however, this support did not attract the popular support of his followers.

Santiago Matías “Alofoke”, who aspired to the nomination for deputy by the PLD in the primaries of October 2019 and subsequently declined, on repeated occasions during the electoral campaign offered his support to Gonzalo Castillo, however, said support did not reflect electoral support .

“Alofoke” conducted one of the few interviews offered by Castillo in the process, being one of the most viewed through social media platforms. Others who offered their support to the official candidate were the television animator Frederick Martínez “el Pachá” and the sports reporter Franklin Mirabal.

– 2020 Elections
The Modern Revolutionary Party (PRM) rose to victory at the presidential level, also obtaining the majority of seats in the Senate and the majority of deputies to the Central American Parliament (Parlacen).

You're Not a "Birther", Obama's Birth Certificate is just a Forgery