by admin
in Entertainment, National, World
0 0
0 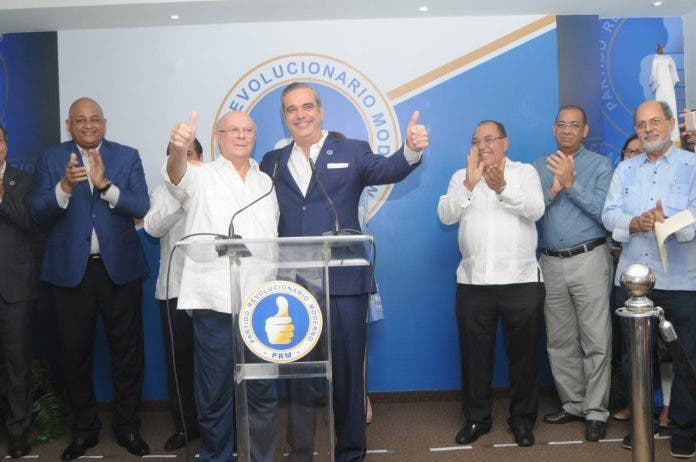 SANTO DOMINGO.- Former President Hipólito Mejía said he was convinced that Luis Abinader will win the next elections in the first round and will make a magnificent government, since over time and through the political field he has been enriching his formation of the country’s problems, In addition, he is adorned with the qualities, among which he is, that of listening, he knows how to listen, which indicates that he is mature to govern.

“Luis is a young man with a lot of experience, he listens to the old and the young, he received training from his father, Don José Rafael Abinader, he has had various political and electoral experiences, he has lived through a political process of maturity, he is honest, he has training, It has human quality, it has assumed a commitment to the country and its generation, for which I am absolutely convinced that it has the maturity, training and commitment to face national problems, for which I have given it all my support so that it wins. and make a good government, “said the former president.

He urged the Dominican population to go to vote, since he values ​​this act as a patriotic duty, a commitment to the personal, family, social and democratic cause of the country, especially in this new situation in the world and in the Dominican Republic.

By participating in the “Journalism and Society” program produced by Andrés Matos and Gregory Caimares, on channel 6, the former president pointed out that the important thing is to have a clear conscience that by voting we improve democracy and overcome this calamity that affects us, sticking to the measures of the sanitary protocol, to wash our hands, always wear masks and maintain physical distance, among others.

Luis will win widely in the first round.

He said that more than a month ago that his numbers give Luis Abinader with more or less 55% vote intention, surpassing his closest contender by around 25%, a situation that is increasing every day.

He said he was sure that the results of the elections will be respected and accepted by the different sectors and that the PRM and Luis abinader will win, even above the maneuvers that the government officials try to develop.

He projected that the situation that the next government will find will be difficult, so strong and profound measures will have to be taken, according to the circumstances, among which he cites, stopping waste, stopping corruption, prioritizing investment in the production of jobs quality and improve the quality of public services.

“The next government must face the lack of institutionality, starting with improving justice, avoiding the multiplicity of institutions that carry out the same functions, supporting the small and medium producer and the Mypymes,” he stressed.

Called to have FAITH and hope in the future of the country, the PRM urges him to take advantage of this great opportunity given by the circumstances to contribute the best for the growth of the country.

He considered that the Dominican countryside has to rise, applying modern corrections, with capable officials, implementing technology to production to make productivity more efficient, with trained and honest technicians, who have commitments to the well-being of Dominican society.

He valued agricultural fairs as programs to solve the problem of the high cost of living, which, at the same time, offers moderate profitability to producers, themselves marketing their productions, leaving aside the exploitation of intermediation.

WHO considers end of pandemic 'not even close'

“Luis Abinader will promote a government program of prosperity and progress”, assures national vice president of the PRM