Houston (USA).– The Rockets star guard of the Houston Rockets, James Harden, became the center of attention and controversy since yesterday, Thursday, in the Orlando “bubble”, where he is preparing with the team to return to the competition.

But the reason for that role has nothing to do with the sports section, but rather the reactions that someone who has used a protective mask that has been related to a certain political symbolism has had, an aspect that he denied this Friday. journalists.

Harden noted that he did not intend to make a political statement by wearing a “Thin Blue Line” mask on Thursday and was not aware of what the mask represented.

The thin blue line, the American flag with a blue line as one of the stripes, shows its support for law enforcement.

That flag, as well as the Punisher skull that was in Harden’s mask, are sometimes seen as symbols that are against the Black Lives Matter movement. 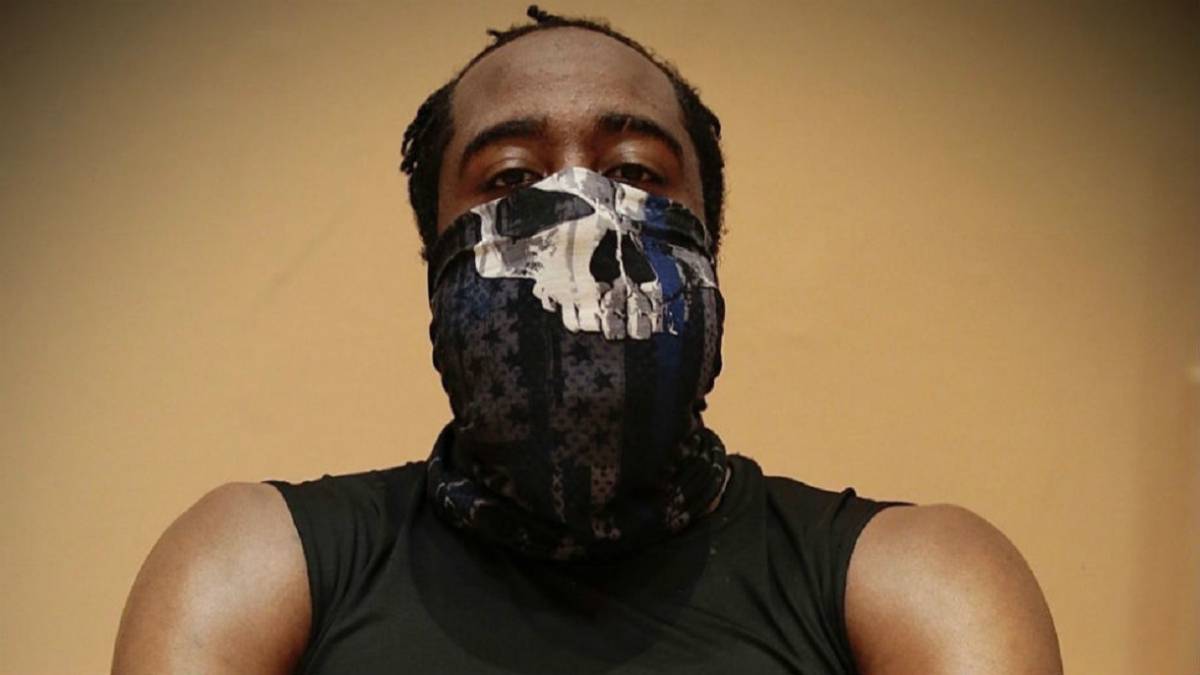 The photographs of Harden wearing the mask, with a gaiter on his neck over his face, published by the social networks of the Rockets and the NBA, provoked strong reactions from people on both sides of how they value the issue at a time of so much social tension. that is lived throughout the country.

“I honestly wasn’t trying to make a political statement,” Harden said before attending the Rockets’ training in the Walt Disney World Resort bubble on Friday. “Honestly, I only used it because it covered my entire face and my beard. It is quite simple. “

Thursday was the first day Harden trained in full with the Rockets after arriving five days after the team had flown to Orlando.

Harden explained to reporters that he was considering ways to express his support for the Black Lives Matter movement during the season restart, including whether he would have a social justice message on the back of his shirt.

The Rockets star player reiterated that position in the communication this Friday.

“I’m in the process of doing it now,” said Harden. “They are commitments that you must be very clear on carrying out and with which you must respect everyone.”

With regard to the police, Harden stressed that “there are people who do their work with the highest level of commitment and ethics, while there are also people who do not do it in all professions.”

On Thursday, Harden expressed his pride at Houston’s reaction to the death of black citizen George Floyd, who died on May 25, while in the custody of Minneapolis police, which sparked protests around the world.

Floyd’s funeral took place in Houston, the city where he grew up.

“The way the city reacted was incredible,” Harden stressed Thursday. “I think the world saw it, how many people could unite for the same cause, regardless of any conditions. Obviously, it was for a tragic reason, but the march and everything we stand for is very powerful. ”

After finishing that virtual press conference, Harden donned the Thin Blue Line mask, unaware of what it represented, reiterated this Friday.

“It was something that covered all my beard,” Harden explained. “I thought it looked great. That was it”.

However, the controversy is already generated and the Rockets coach, Mike D’Antoni, said that not only did he believe in everything Harden said, but he also had the support within the team so that no matter other than the sport affects the good preparation that they carry out, while they wait for the arrival of the base Russell Westbrook, who is recovering in Houston from the contagion to COVID-19.

An investigation into “arson” is opened in the gothic cathedral of Nantes, France

An investigation into "arson" is opened in the gothic cathedral of Nantes, France