Hamilton takes the pole from Bottas at the British GP

That Lewis Hamilton is the greatest qualifier of all time is beyond question. There is no one who manages to align the best, always in the final attempt as the English do, one Saturday after another. In Britain he achieved pole 91 of his career and will be accompanied on the front line by Valtteri Bottas, who was almost a spectator of the champion’s exhibition. Three tenths he endorsed him on the checkered flag. 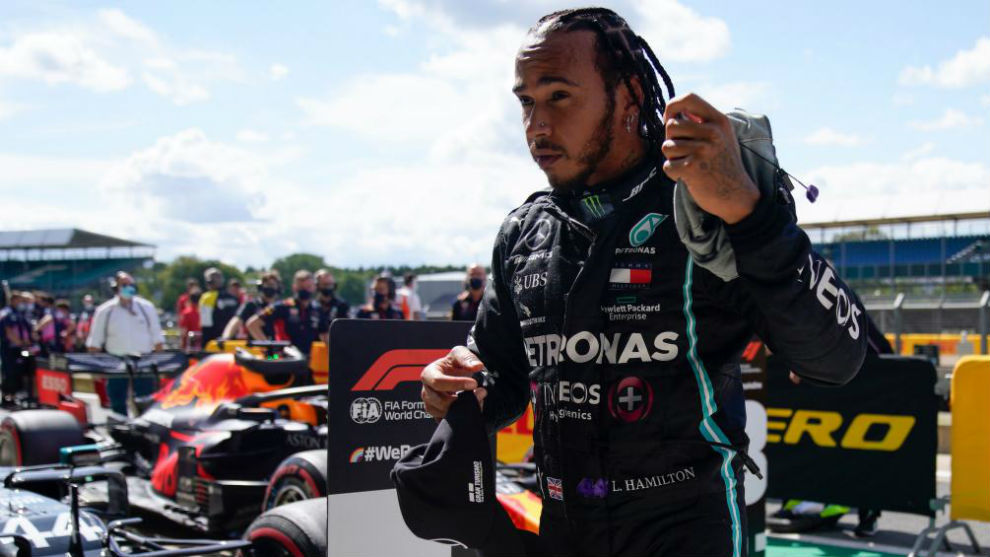 Then two other great specialists appeared in the fate of the single lap. The first is Charles Leclerc, who with the vilified Ferrari SF1000, the one with 50 hp less than Mercedes, slipped into fourth place ahead of Stroll and the two papaya cars. Then they will continue saying that Sainz has chosen badly by signing for Maranello’s in 2021, but it is that a bad Ferrari is still ahead of a good McLaren. The Monegasque corrective to Vettel, on a pure piloting track, is one of those that make time. 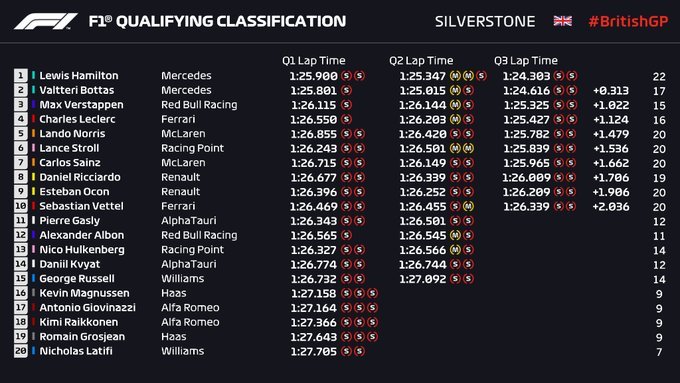 Another one who is putting on the specialist outfit is Lando Norris. Carlos Sainz’s teammate took a masterful turn when he played and masterfully removed fifth place on the grid for Lance Stroll and his ‘Pink Mercedes’, which has been somewhat blurred today. Racing Point has a great car, but the driver, the boss’s son, is very greedy, as is the team, as shown in some decisions and strategies.

Carlos Sainz had to settle for seventh place at the start, behind Stroll, but ahead of the Renault. “I was quite comfortable with the car and I am happy pleased with the sensations I have had. I could not be higher because of a loss of time, when I left the car behind in several corners. There was room ”, said a Carlos with mixed feelings.

Tomorrow in the race it is time to refine as Sainz usually does in the race and hope that in the pits the Woking team will finally succeed, to achieve a fourth position that can be aspired to.

In Q2, a Hamilton spinning top with medium tires (to go out with them at the start of the race), clouded the session, which had to be stopped to clean the asphalt. Sainz slipped fifth in confusion with the softs on the first try.

Later, Vettel and Stroll who were on the tightrope, decided to go out with the media, in a very risky decision. Seb was ranked ninth and the Canadian ranked tenth and almost crying. Nico Hulkenberg fell 13th, throwing overboard the options of one of the best cars on the grid. Alexander Albon also fell apart with Red Bull, in another disappointing performance.

Carlos Sainz passed with a brilliant fourth time, and Norris did so with eighth place, clearly improving the performance of Q1. 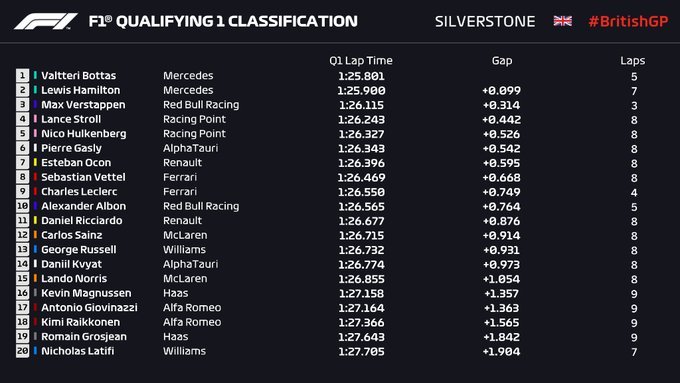 In Q1, Sainz was ranked twelfth, after encountering traffic on the first lap and a yellow flag (Latifi’s runway departure) on the second. Worse was passed by Lando Norris, who entered as 15th, on the verge of elimination, after a track start on the first attempt. Bottas, Hamilton and Verstappen were the best in the opening tie. The two Alphas, the two Haas and Latifi fell, while Russell sneaked back into Q2 for the third consecutive time.