Ugur Sahin, CEO and founder of the firm BioNTech, allied with the pharmaceutical company Pfizer in the project, anticipated that by the end of 2021 it will have developed more than a billion

Last week saw one of the most encouraging news in the race to develop a COVID-19 vaccine.. German firm BioNTech and US pharmaceutical company Pfizer announced that the first tests on humans showed encouraging signs., demonstrating that the prototype was well tolerated by participants in the initial phase of clinical trials.

The formula is one of 17 vaccines being tested in humans as part of a frantic race to find immunization to stop the coronavirus pandemic, which has infected more than 12 million people worldwide and has left more than 550,000 dead so far. After the preliminary results were released, BioNTech shares rose 4.6%, and Pzifer shares 4.4 percent. The American company owns around 1% of BioNTech and collaborates in the development of the new vaccine, but all rights belong to the German company, which is doing most of the research. 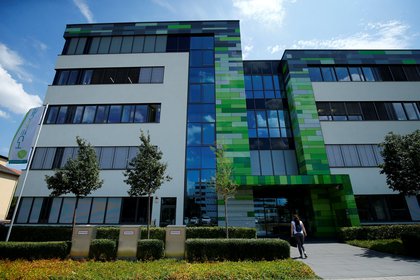 BioNTech expects to start at the end of this month with Phase 3 of the trials, in which up to 30,000 people would participate. It will be a randomized study to see if the vaccine effectively prevents infection, which should be completed before the end of the year, when the company would seek approval from regulators around the world to start mass production.

Ugur Sahin, CEO and founder of BioNTech, anticipated in an interview published this Friday in The Wall Street Journal than It is expected that the vaccine will be approved in December, and that several hundred million doses could be prepared even before authorization. In addition, he argued that by the last months of 2021, more than 1 billion doses could already be ready.

Still, Sahin was not overly optimistic in predicting how long it will take to truly bring the virus under control across the planet. “I assume that we will only end this virus when more than 90% of the world population obtains immunity, either through infection or a vaccine”, he said, and specified that this could only happen in ten years. 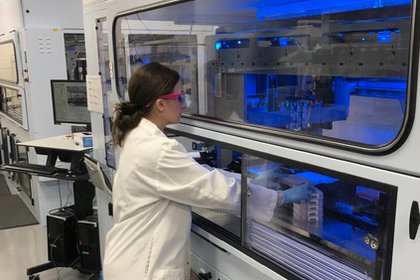 BioNTech reported last week that tests of two doses of its drug BNT162b1 in 24 healthy volunteers showed that after 28 days they had developed high levels of antibodies to COVID-19, normally seen in infected people. The German company indicated that the more concentrated inoculation of two doses – both administered by two injections with a difference of three weeks each – was followed by a brief episode of fever in three out of four volunteers. A third dose, tested at a higher concentration in a separate group, was not repeated after the first injection because it caused pain in the volunteers.

“These early trial results demonstrate that the vaccine offers immune activity and causes a strong immune response.”Sahin said. “Our candidate can produce antibodies at a higher level than those found in people who have recovered from a COVID-19 infection.”

So far, no vaccines against COVID-19 have been approved for commercial use. An analysis by the Massachusetts Institute of Technology conducted last year showed that one in three vaccines that reach the initial stages of human testing get health clearance. BioNTech said the data showed that BNT162b1 therapy could be administered in doses that were well tolerated by people, with temporary side effects.

José Joaquín Puello recommended not to open schools at the beginning of the school year, says study projects seven thousand deaths by COVID-19 for RD in October

USA hesitates in reopening about to reach 100,000 dead